The role of clinical case in cognitive debiasing training From the Universidad Europea, in Madrid, Spain, we had the opportunity to hear the articulated presentation by Prof. Pablo Garcia-Sanchez, focusing on clinical decision-making and the role of cognitive debiasing training.

And the starting question is: How do clinicians make decisions?

One of the top research studies that provide a universal model of how diagnostic reasoning is processed was presented by the speaker. In 2009, the Dual System, by P. Croskerry, was based on the pattern recognition process of information that works basically in two systems: the information is either recognized or not recognized.

Not only diagnostic reasoning has different forms of being processed, but also and as the speaker highlighted there are different types of factors affecting or decision-making process, namely:

Linked with this set of factors affecting the decision-making process comes the cognitive bias. And what is the cognitive bias? Simplifying, it is a deviation from the typical or logical thinking when dealing with patients, steering to inaccurate judgments, interpretations, and/or behaviors.

The most representative forms of cognitive bias are:

Literature points to 3 ways to tackle the issue of bias:

What may be the role of virtual clinical cases regarding cognitive debiasing training?

The method underlying the cognitive debiasing training involves the steps seen below:

It is necessary to 1. Trigger the bias, 2. Create awareness of the bias both to the student and to the teacher.
Body Interact – Virtual patients could be used for these two steps, and it is suggested that the case resolution be recorded in video.

Professor Pablo Garcia-Sanchez mentions it as important data provided by the simulator to the students, as being the (different types of) feedback: the immediate feedback provided by the virtual patient, the end message on performance, the feedback on the diagnostic question, the portfolio of skills/competencies listed and the performance detailed report.

After these two steps, it is time to redirect the bias, by getting the 3. Motivation to correct the bias, 4. Maintaining awareness of the direction and magnitude of the bias and finally, 5. Selecting suitable debiasing strategies.

After reaching this 5th step, the idea would be to use the virtual patient scenario, using the same or a similar one to which the initial bias was identified, and see if the student is able to tackle the bias. If so, the final steps have been acquired: 6. Successful debiasing and 7. Optimal decision-making. Checklists and a spectrum of scenarios to practice would positively complement this strategy of debiasing knowledge.

Explore the details of this presentation in the video: 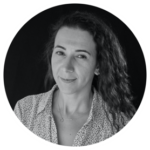 How to guide students through a clinical scenario Body Interact is a worldwide registered trademark of Take The Wind. A clinical system adopted around the world to train learners in decision-making and critical thinking, with lifelike virtual patients, in hundreds of clinical scenarios. It enables both medical professionals and students to accelerate learning, develop clinical skills and achieve excellence in their performance.

What are the benefits of practicing with Virtual P

In the 4️⃣th episode of our second season, we